During the Korean Summer of 2014, I boarded an early morning bus at Camp Kim USO in Yongsan, Seoul and headed for the Demilitarized Zone (DMZ).

Visiting the DMZ was a top-10 travel bucket list goal. I’d long held a fascination with Korea and how it came to be divided. In the years since the armistice was signed in 1953 (the war has never officially ended) the two Korea’s have forged very different paths. The South is a vibrant, modern country; and while I haven’t ventured far enough into the North to give a qualified opinion, what I did see from various locations was bleak. It was like looking back through time 60 years or so, watching a soviet era movie play out before your eyes where everything is coloured in shades of olive drab and grey. There is little to no vegetation as the land has been cleared bare as far as the eye can see.

So let me share with you my impressions of North Korea – from 4 minutes inside the DMZ and hours looking over the border – at a country we may be about to go to war with.

Arriving at the Third Infiltration Tunnel – I first saw North Korea through a little window in a concrete barricade seventy three metres underground. The walk down (and then up) this tunnel – which measures a very uneven almost 2 metres high and 2 metres wide, was one of the most arduous five hundred metre walks I’ve ever taken.

I’m tall – the tunnel is not; and I quickly understood why the wearing of hard hats was mandatory as my head continually hit the smaller sections of the bedrock above.

The addition of scaffolding and ventilation pipes makes the tunnel smaller still, and with hunched over visitors sharing the small tunnel as they pass each other shoulder to shoulder, hard hats knocking together on their way up/down the tunnel, it seems hard to imagine the estimated 30,000 North Korean troops an hour – with artillery – marching through this tunnel towards Seoul- and the up to 20 other tunnels just like it that are known or suspected to exist. But you don’t go to the trouble of building an array tunnels kilometres long without the intent to use them as many North Korean defectors have confirmed.

The walk down the incline was easy. The walk back up to the surface, even with rubber matting under foot, challenged the fittest amongst us.

Next stop was Camp BONIFAS – the United Nations Command Post – in the Joint Security Area (JSA) where visitors are given a briefing on the many rules of the DMZ. And by many rules, you should take that in the true military context of THERE ARE MANY MANY MANY RULES. You must follow them ALL.

Rule number 1 is your attire. There are strict rules about what can and cannot be worn into the DMZ. Conservative is key, as is enclosed footwear. Shirts must be collared, pants and skirts long. Fair to say if you turn up looking like a biker, a rapper or Miley Cyrus you’ll be waiting in that briefing room until your group returns from their trip into the DMZ without you.

Then there are safety rules. Things can escalate fast in the DMZ.

“Is anyone planning to defect to North Korea today?” I thought was a joke question until it had been asked several times over. The United States Military personnel hosting the tour are not joking. A silly dash across the border may seem like a lark, but it puts everyone’s lives – and the temperamental ceasefire between the North and South – in jeopardy. Perhaps the repeated asking of this question is a direct result of such an occurrence in 1984.

The North Koreans also run DMZ tours and in 1984 Soviet citizen Vasily Matuzok decided he would defect: by running from his official tour group on the North side to the South. The North Koreans pursued him across the border and opened fire. The South returned fire. When the dust had settled one South Korean soldier and three North Korean soldiers had died. Matuzok successfully defected and reports of his life thereafter are sketchy.

In any case, no one has declared their intentions to defect to the North today and the question now makes everyone uneasy. While the commonly projected perception of North Korean soldiers is that of a somewhat dangerous warrior, it seems to me that unpredictable is a better way of describing them. Everyone stationed in the DMZ has guns. Danger is part of the terrain. However, the tour rules around the protocol of potentially and unexpectedly crossing paths with a North Korean solider are safeguards against such unpredictable behaviour.

Do not provoke them or be provoked by them.

Do not speak to them, even if directly spoken to.

Those who pass clothing muster are able to board the bus to the DMZ. The ride is short but sombre. The DMZ is one of the worlds most heavily fortified areas. Armed soldiers are located on either side and we’re reminded that for every soldier you can see there are scores more you can’t. Landmines are a real threat if you stray away from the designated tour safe zones. It’s the only tour I’ve ever been on where nobody steps so much as a footstep out of line.

Arriving at Freedom House – the building on the south side of the DMZ, we’re ushered through it’s majestic hall and put in a lined-formation across the steps facing North Korea. The Military Demarcation Line (MDL) is pointed out: it runs straight through the middle of the blue conference rooms. You can clearly see the concrete MDL marker between the buildings where North meets South. The North Korean’s building ‘Panmungak’ is directly opposite. An imposing, grey building with a solitary guard on watch.

Before we’re ushered into one of the blue conference rooms, the group is asked one final time – “Is anyone here today planning on defecting to North Korea?”

Once inside the conference room, you realise just how militarily you’re protected.South Korean soldiers guard the room and it’s doors. United States Military personnel facilitate the group. Akin to the Queens Guards at Buckingham Palace, some in the group start taking selfies with the South Korean guard in the middle of the room. He doesn’t flinch. I wonder if the selfie takers realise he’s a highly trained soldier there to protect them? There is nothing ceremonial about this show of force.

In the centre of the conference room is a table. The single microphone cable denotes the position of the MDL. We’re invited to go stand in the North side of the room. I walk over and just stand there- in North Korea – in contemplation. Thinking about those lost in the war. Thinking about the continued suffering of the North Korean people. And thinking about how, in that soviet era movie that is happening right before my eyes, the vibrant colour of the South fades into the olive drab and grey of the North.

A picture NASA published some years ago sums up my feeling on the escalating tensions on the Korean Peninsula. They’re a people in the dark.

In forcibly disarming North Korea’s nuclear ambitions, we feed straight into the rhetoric of a multi-generational dictatorship. The Kim family – who routinely bill themselves as god-like, have proclaimed for decades that the United States will wage a war upon them. A self-fulfilling prophecy with an audience already well prepared for a war is a new frontier for contemporary warfighters.

In an increasingly cyber and social terrain, the West are at significant information disadvantage. Troll farms and fake(r) news won’t influence an almost entirely offline population who has been told the internet is just an American fabrication.

The information and psychological operations battlespace has been literally taken off the table. How do we then approach modern warfighting without the persuasive terrains we’ve become so accustomed to fighting for hearts and minds on?

We need to recognise that any war brings with it massive humanitarian costs and before we take military action, we need a humanitarian solution. In this case, we have a new paradigm to challenge – our own approach to contemporary despot deposement in a country where information has not yet been democratised.

We focus so much energy and research on deradicalizing disparate jihadi’s, yet no one is thinking about how we deradicalize an entire population of some 25 million North Koreans. 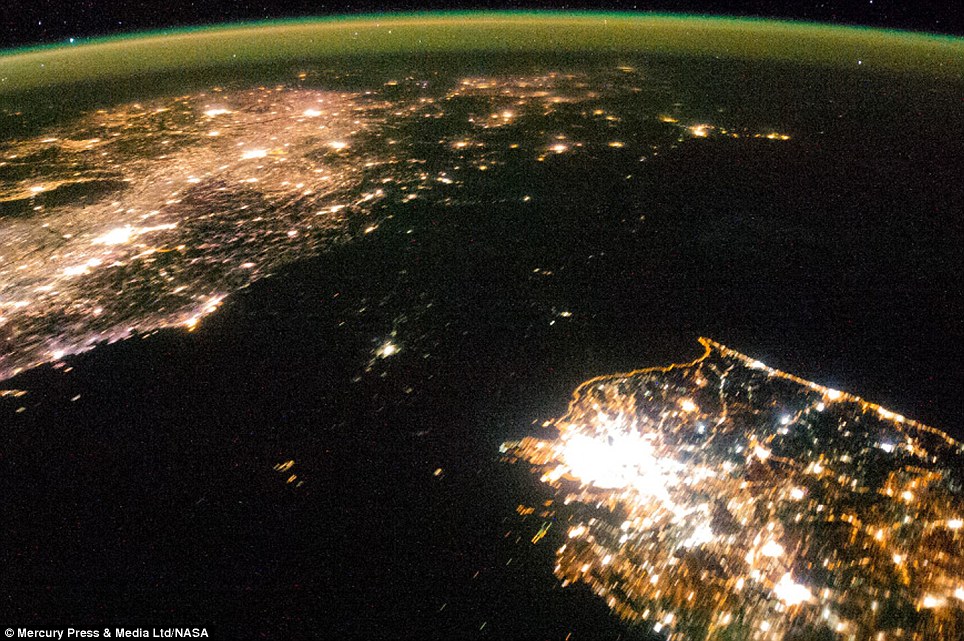